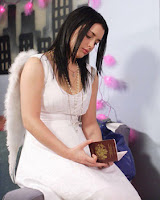 The youngster, who has been in the paedophile’s grip since she was just 14, believes they are about to flee Walford and start a new life together.

But her dreams are shattered when Tony secretly bins her passport, making it impossible for her to leave the country.

As Whitney prepares for her part in her school play, she has not got a clue about his plan to ditch her.But as she celebrates her 16th birthday on December 8, he finally drops the bombshell news.