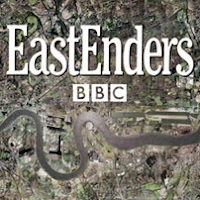 BBC soap EastEnders has been named Digital Spy's Soap Of The Year 2008.
The Walford-based serial drama topped the head-to-head reader vote between the Big Four soaps - Coronation Street, Emmerdale and Hollyoaks being the other three.
Speaking of the show's success, executive producer Diederick Santer said: "What a lovely way to end the year! Yet another best soap award (to add to the British Soap Award, National TV Award, TV Quick Award and Inside Soap Award). We'll have to enlarge our trophy cabinet."
He added: "Thanks so much to everyone who voted. Digital Spy users know and love their soaps, so to get the thumbs up from them is very gratifying."
Lacey Turner, meanwhile, who plays Stacey Slater in the BBC soap said: "Thanks so much to everyone that voted for us. These awards are always great to win but even better when they are voted for by everyone that watches."
Thousands upon thousands of DS readers participated in the poll which was open between Friday, November 21 and Sunday, December 7.
See below for a gallery of photos of some of the cast with the award, including Adam Woodyatt (Ian Beale), Pam St. Clement (Pat Evans) and Nina Wadia (Zainab Masood).
Source - Digital Spy
Email Post