Lauren set to confess: I did it 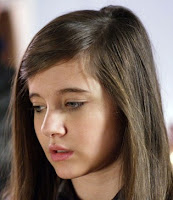 EastEnders' Lauren Branning drops a bombshell when she admits to her dad Max that she tried to kill him.
The teenager makes the confession after watching her mum Tanya plead guilty to the charge, in an attempt to cover up for her daughter.
Max had persuaded Tanya to plead 'not guilty' and told a relieved Lauren that her mum would be found innocent.
But Tanya changes her mind when Lauren comes to the court for the hearing, and realises she can't risk her daughter's freedom.
According to Digital Spy, a devastated Lauren tells Max in the January episode: "It weren't Mum driving that car. It weren't her that tried to kill you. It was me, Dad."
Source - MSN
Email Post
Labels: Lauren Max Tanya