Trap closes in on Sean 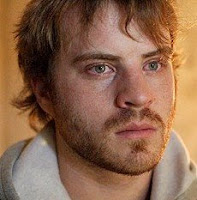 The trap is closing in on Sean Slater in EastEnders, but it isn't the police who come the closest to finding him - it's Phil Mitchell.

In the episode screened tonight (Tuesday), Roxy becomes frustrated with the police when she finds out they are no closer to finding Sean and, more importantly, baby Amy, who Sean has kidnapped.
Phil enlists the help of Jack Branning and the two hunt out Sean, who is living in a dingy squat with help from his mum.
But also on Sean's trail is Stacey Slater, who finds out where he's hiding and tries to track him down.
Who will be the first to find Sean's hideout? And will he be there when they find it?
EastEnders is on BBC One tonight at 7.30pm.
Source - MSN
Email Post
Labels: Sean Slater