Bianca finds out about Whitney's stealing

Bianca's fuming to have found a stash of stolen goods in Whitney's room. With Ricky's help, Bianca tries to return the clothes that her step-daughter stole from Stacey's stall. After being caught red-handed by the feisty Slater, Ricky and Bianca head home but are stopped in their tracks when they spy Whitney trying to steal a CD from Winston's stall.

Back at Pat's, Whitney reveals that she has no idea why she has the urge to steal things - she just does. When Whitney's left the room, Ricky suggests to Bianca that they should probably arrange a counselling session for the troubled teen. 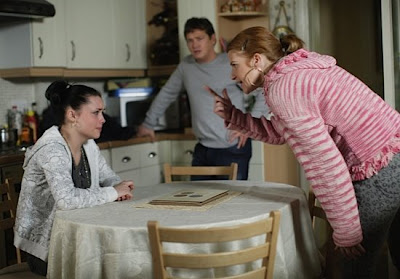