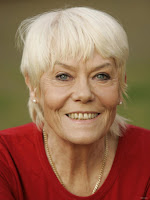 Some of Wendy Richard's former EastEnders co-stars have paid tribute to the actress, who died this morning.

Earlier today, it was announced that the 65-year-old had lost her battle with cancer.

Adam Woodyatt, who plays her screen nephew Ian Beale, said: "I am so sorry to hear the very sad news about Wendy's death. I have many fond memories of our time together at EastEnders and will remember her with affection.

"Knowing that she is no longer in pain and suffering is the only comfort and I hope she rests in peace. My deepest sympathies are with John, their family and friends."

Meanwhile, John Altman - Nick Cotton in the Walford drama - said: "I am shocked and saddened to hear the news today. I always enjoyed working with Wendy, even though our characters were poles apart. I will always treasure the memories of a trip we shared together around the Mediterranean on the QE2 with her husband John and my mother Tina. The world of show business will certainly be a sadder place without her."

Pam St Clement, Albert Square's Pat Evans, said: "I was very saddened to hear of the death of Wendy, who was a friend and colleague for many years. My thoughts are with John."

Barbara Windsor - Queen Vic landlady Peggy Mitchell - said: "Wendy was always a tough lady and I thought she would win this battle. It's very sad and my thoughts are with John."

John Yorke, head of drama production at the BBC, said of the news: "It is impossible to overstate Wendy's contribution to EastEnders. For 22 years, whether she was bemoaning Arthur's bad luck, cursing her children's wayward nature or reminding us all once again that it was 'all about family', it was impossible for anyone to mention EastEnders without the iconic image of Pauline coming to mind.

"It is hard now to imagine the bravery of casting Wendy as Pauline, so successful and utterly identifiable in the role did she become. She was one of the foundation stones of the show, and with her death EastEnders is diminished. She will be much missed by all of us."

BBC Vision director Jana Bennett commented: "Wendy Richard's death is a huge loss and our thoughts are with her family and loved ones at this very sad time."

She added: "She started in EastEnders in the very first episode back in February 1985, and became an vital part of life in Albert Square right up until her departure in 2006. Wendy made an enormous contribution to British drama – she was hugely respected and will be much missed."

BBC Director-General Mark Thompson said: "I am enormously saddened by the news of Wendy's death. Her countless BBC appearances across decades, especially as Miss Brahms in Are You Being Served and then as Pauline Fowler in EastEnders, lit up living rooms for millions of British families who regarded her as a member of the family. That was an enormous achievement.

"Millions of viewers and listeners across the world will mourn her passing today and and she will be hugely missed."

Tonight's episode of EastEnders will be dedicated to Richard. It will be followed at 8pm by Wendy Richard: A Tribute.