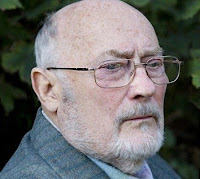 The 78-year-old - who is most noted for his roles in The Wicker Man and Callan - is to take on the role of Tommy Clifford, a charming man in his early 70s who appears in Albert Square in search of Minute Mart owner Patrick Trueman.
Having sent his neighbour and friend Theo Kelly ahead to test the waters with the Trueman clan, Tommy arrives in Walford in the hope of befriending the rum-loving gambler.
Despite having never met, Tommy is extremely keen to learn more about him but unbeknown to Patrick, his motives are less than honourable.
Of his role, Woodward said: "I've watched and enjoyed EastEnders for many years and it has been a joy to work on this great show with such a fantastic cast and crew."
Speaking of the casting, executive producer Diederick Santer commented: "We were delighted that Edward is playing the part of the enigmatic Tommy opposite Rudolph Walker.
"To have the star of The Wicker Man, Callan and so many more working here, is a great thrill for all of us. On the surface this character is a warm, charming and engaging man, but there are other much darker things going on too."
He added: "Edward shades in all those layers, and I hope the audience are as fascinated watching him at work as I have been."
Woodward began filming last month and will first appear on screen in a month's time. He will remain with the soap for several weeks.
In 1970, he won the best actor award at the BAFTAs for his title role in Callan, before going on to take the award for best actor in a dramatic TV series for his part as Robert McCall in The Equalizer in 1987.
Source - Digital Spy
Email Post
Labels: Patrick Trueman Theo Kelly Tommy Clifford