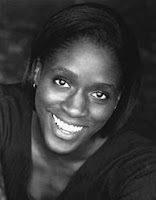 The 30-something actress, who appeared as Crystal Gordon in series one to four of the now-axed ITV prison drama, will take on the role of Trina Johnson, Lucas Johnson's estranged wife.

Trina turns up in Walford unannounced, much to the shock of Lucas, who has recently become engaged to Denise. Not wanting his bride-to-be learning of Trina's presence, Lucas tries to make her leave.

When Patrick rumbles her true identity, Lucas has no choice but to ask him for his help. Before he knows it, Patrick is tasked with breaking the news to Trina that her marriage to Lucas is over. Trina, however, is far from ready to let her husband go.

An EastEnders source told DS: "Trina arrives and surprises Lucas and she makes it very clear she wants to give things another go. Lucas tries to get rid of her but his secret is out when Patrick sees what's going on."

The insider added: "Just how willing will Trina be to let her husband walk into the arms of another woman? And more importantly, will she divorce him to enable him to marry again?"
Duncan-Brewster also previously appeared in Baby Father alongside both her current 'Enders co-stars Don Gilet and Diane Parish.