Garry Makes a Shock Return To The Square 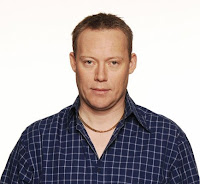 GREASE monkey Garry Hobbs makes a shock return to the Square just as everyone starts mourning his death.
And one lass happy to see he is alive after all is sexy single mum Dawn Swann.
Dawn is over the moon and reveals her feelings to Garry as the pair share a kiss. Everyone thought Garry had committed suicide when his car was discovered abandoned near some cliffs.
But he reveals that he was on holiday and his car had been stolen, much to everyone’s relief.
Source - Daily Star
Email Post
Labels: Dawn Garry