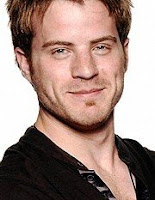 The former 'EastEnders' actor - who played unhinged Sean Slater in the BBC soap - claims he never enjoyed attending lavish bashes, as he was not fully able to enjoy himself.
He said: "Soap parties are terrible. While the crew can get drunk and have a fantastic time, if the cast have a drink or smoke a cigarette we get 'outed' the following day as if we were a shame on society!"
Despite his reluctance to socialise with other celebrities, Rob isn't ready to hang up his acting shoes yet and refuses to rule out a return to Albert Square.
He said: "I'd love to go back one day."
This is not the first time Rob - who begged producers not to kill off his character - has hinted he would like a second stint on the show, he previously claimed Sean has a lot of unfinished business on the square.
He said: "There are a lot of scenes I wish had been done. Sean never went to his dad's grave and never had a real heart-to-heart with his mum.
"There are questions that remain unanswered, so maybe he could come back and answer them."
Source - Virgin Media
Email Post
Labels: Sean Slater