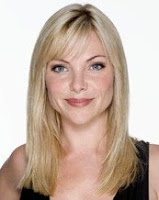 Samantha Janus is hoping her own wedding will be "a lot less dramatic" than anything in Eastenders.
The actress who plays Ronnie on the show was more than happy to dish out the details of her nuptials at a special VIP screening of Disney's new movie Bolt in London.
She confirmed newspaper reports which emerged last week that she is set to marry her long-term boyfriend Mark Womack.
"It came out very quickly as we had only just started telling people," Samantha explained. "We've been together so long I think everyone was quite surprised, it's 9 years now so I finally convinced him!"
The pair have actually been engaged for the past four years, she added.
"It just took us forever - they're huge things to organise and I think we were just always busy with other things, trying to raise the kids but I'm really excited about it," she said.
But the soap star was keeping mum about the finer details.
"It's at the end of spring in a London location," she let slip. "I'd like to give my dress a vintage theme, classic. Not a lot of meringue... I like 20s," she said.
Source - MSN
Email Post
Labels: Ronnie