Stacey's In A Strew Over Boozy Mum 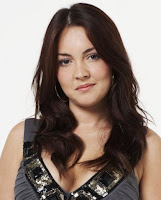 Stacey Slater gets the fright of her life when her manic mum Jean starts downing shots in the Queen Vic.

The market trader is horrified when she catches Jean knocking back the booze.

In an attempt to stop her girl from partying, Jean snatches the drinks and instead tries to numb her own pain.

Mum and daughter have seen their relationship disintegrate since Stacey’s brother Sean left the Square.

But the dramatic scenes lead to a heart-to-heart between the warring pair.

Our Walford insider revealed: “Jean turns up at the Vic to join a drinking session Stacey is having with Danielle Jones.

“She’s worried about Stacey’s behaviour and joins her in the pub to shock her. Jean tells her she should be at home rather than out drinking – and Danielle agrees.

“But Stacey tells them both to get lost. Then she sees her mum lift a glass and make a toast in her direction.“Stacey is stunned and pleads for her to stop, reminding Jean that drinking is not good for her.

“But Jean carries on until Stacey agrees to come home.”

Stacey tells of her feelings of guilt and hurt over the terrible things Jean said, while Jean admits she’d have done anything to keep her daughter close. And as they hug, they both admit missing each other.

It’s a rare tender moment between them but viewers will be left wondering if it can last.

Catch all the action on Thursday March 5.