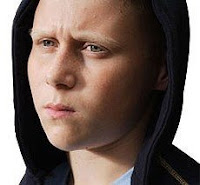 Big-Hearted Billy Mitchell’s bid to tame Jay Brown fails after the teen plumps instead for life as a dodgy wheeler dealer.

It looks like their old grudges will finally be forgotten when Billy bumps into the tearaway on the Square.

It’s the first time they’ve spoken since Jay suddenly moved away to live with his grandfather, shortly after stealing money from Janine Butcher.

But just when Billy promises the youngster security and a fresh start, street-smart Jay abuses his trust almost immediately.

Our Walford source said: “Billy is trying to make a go of things and is taking his job in the Minute Mart very seriously. He feels like he has let Jay down and that he has not been a very good father figure to him.

“And as a way of trying to make amends, Billy suggests Jay keeps a key to the flat in case he ever needs it for emergencies.

“Jay continues to hang around and later he teases Billy for doing a cleaning job for only £60 a week, saying he would be better off on the dole. “Billy tries to explain to him that you can’t put a price on having a bit of pride in yourself and that earning money means so much more than taking handouts.

“But it seems Jay is still seduced by the wheeler-dealer lifestyle that his dad Jase used to live.”

In the Minute Mart, Jay sneaks out to the back room and takes sandwiches and pasties which are past their sell-by date and which he knows Patrick is planning to throw away. He then makes off with the food and goes to sell them on George Street at a knock-down price – and manages to make himself the tidy sum of £20. But when Billy finds out he is absolutely furious and hits the roof.

Our EastEnders source added: “Billy is upset but he is still determined to try and tame Jay.”

Viewers can see the drama as it unfolds on March 9 on BBC1.