Shetty in talks for 'EastEnders' role 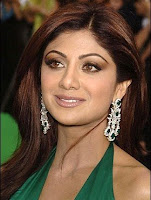 Shilpa Shetty is reportedly in talks with BBC chiefs to take on a major role in EastEnders.

The Bollywood star and former Celebrity Big Brother contestant could join Albert Square as part of a new family later this year.

Shetty turned down the chance to appear as a love interest to Phil Mitchell on the soap in 2007 because she wanted to focus on her Bollywood career.

However, the 33-year-old has since moved into a luxury £5 million home in Surrey with her partner Raj Kundra and is said to be focused on forging a career in the UK.

A family friend told The People that the opportunity would be a "springboard to long-term success in Britain".

"She knows all about the show as it is a big hit in her homeland - and of course it is popular with a lot of Indians in the UK," the source added. "Primetime exposure several times a week on mainstream English TV will do her career the world of good. All sorts of roles and deals could follow."

Shetty's agent Max Clifford said that the star was holding meetings with TV chiefs "on a range of projects".