Cassidy 'moves in' with Richard's widower 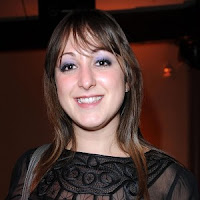 Natalie Cassidy has moved in with the widower of her late EastEnders co-star Wendy Richard, a report claims.
The actress, best known for her role as Sonia Fowler on the BBC One soap, is said to be living at John Burns's north London home after splitting from her fiancé Ben Porter last month.
A source told The People: "Natalie has gone through terrible heartache since Wendy died but she has been a huge source of strength to John. It's terribly sad she has split from Ben.

"But the impact of the loss of Wendy has made her rethink her life and what she wants for the future."
Richard, who played Cassidy's on-screen mother-in-law Pauline Fowler, passed away in February following a battle with cancer. She was 65.
Cassidy later paid tribute to her former co-star, describing Richard as a "second mum".
The insider added: "She had been looking forward to getting married in the summer but her priorities have now changed. John's been like a father to her and they are helping each other through difficult times."
Source - Digital Spy
Email Post
Labels: Sonia