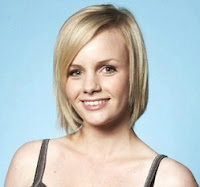 Thousands of EastEnders fans have signed an online petition to show their unhappiness with the death of Danielle Jones.
Danielle was killed off by writers when the character was run over by Janine Butcher last week.
Fan Vicky Cole set up an online petition addressed to executive producer Diederick Santer to protest the storyline.
Cole said: "We'd like to express our disappointment that you have written out Danielle Jones (played by the talented Lauren Crace).
"We, the fans of the show, believe it is a mistake to write out the most pivotal character in possibly the best storyline EastEnders has had."
She added: "Although we realise it may not be possible to change the storyline and bring Lauren back, we hope that you will ensure her character's exit leaves a door open for her return."
Over 6,200 people have signed the letter posted at PetitionOnline.
Santer has said that the soap's producers were "proud" of the episode and the storyline that preceded it.
Source - Digital Spy
Email Post
Labels: Danielle