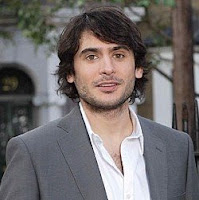 EastEnders' Marc Elliott claims that his character Syed Masood wouldn't last long in Sir Alan Sugar's boardroom in The Apprentice.
Despite Syed's reckless entrepreneurial nature, Elliott has admitted that his character hasn't learned from his past mistakes and continues to be driven by the prospect of financial gain.
However, when asked how Syed would fare when pitted against Sir Alan on The Apprentice, the 29-year-old joked: "Probably quite similarly to the other Syed in the second series! He was very cocky and ended up falling flat on his face, much like my Syed! They're probably quite similar."
He laughed: "Sir Alan would probably buy Syed's lies for the first few weeks, but then rumble him and say 'You're a loser, you're fired!'"