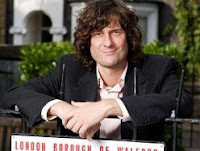 Hundreds of fans were outraged following the demise of Danielle only minutes after revealing to a devastated Ronnie that she was her daughter.

Speaking of the storyline twist, Santer told Inside Soap: "When we were devising the character, we knew this was one of the possible endings. And as we worked through the story, it became inevitable.

"We loved Danielle and Ronnie together, but the magic is that they're forever out of reach for one another. If Danielle had left without Ronnie finding out who she was, it would have been irritating for the audience. The only way for the character to be permanently gone was to kill her."

He continued: "Every time we imagined a scenario where there was an upbeat resolution, the magic was lost and it all became ordinary. Basically, it diminished both characters - Ronnie had been defined by the loss of her daughter when she was young. This was the only outcome which gave me goosebumps, too - and in the end, you have to listen to your instinct."

The EastEnders chief went on to reveal that if time had allowed, he would have let the story run to nearly a year.

"I'd have liked to have kept the storyline going for longer this year, as it only played out for nine months on screen - a blink of an eye in the EastEnders timescale," he said.

"I'd like to have given it a year or more, as we did with the Max and Stacey affair. But other happenings, such as weddings, meant we had to pull it all forward."