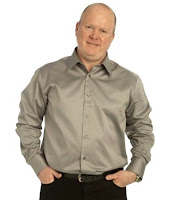 EastEnders Phil Mitchell hits the bottle next week as his alcoholism rears its ugly head again.

The landlord starts boozing as the family comes to terms with the news that the lies of evil Uncle Archie have ripped them apart.

And when mum Peggy goes on holiday with Aunt Sal to lick her wounds over her shocking wedding day, Phil finds himself with only spirits for company.

He joined Alcoholics Anonymous in 1997.

An insider said: “He thought he’d nailed it. But with addiction you’re always in recovery and there’s a danger you’ll slip off the wagon.

“When he’s left alone the temptation becomes too much and soon he’s drinking more than ever before.”

Then she finds Phil passed out drunk in a car at the Arches.

The insider said: “Phil and Shirley are made for each other. She loves him and he needs a woman to keep him together. The sooner he realises, the better.”