Santer: 'Fan reaction has been incredible' 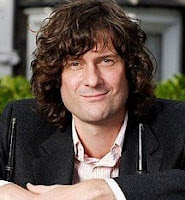 EastEnders executive producer Diederick Santer has described the audience reaction to Danielle's death as "incredible".
Since Thursday night's episode, hundreds of fans - who were hoping for a happy ending to the seven-month Ronnie and Danielle storyline arc - threatened to boycott the programme.
Speaking to the BBC soap's official website, Santer said of the viewer reaction: "It's been incredible. It's fantastic to have made such an impact. I knew from the shiver I felt every time we talked about the story, my tension when I read the script, and my own feelings of devastation for Danielle and Ronnie when I watched the director's cut, that we were telling an incredibly emotional story and that the audience would have strong feelings about it."
He added: "Honestly, though, I didn't expect this level of reaction. The story seems to have really touched people, got under their skin, and - in some cases - utterly enraged them. That's fantastic! All you ever hope for as a programme-maker is to connect with your audience and get them to care."
The 'reveal' episode, during which Danielle finally confessed to a stunned Ronnie that she was her daughter before dying minutes later, was seen by an average of 10.6m. Friday's aftermath instalment held strong.
Source - Digital Spy
Email Post
Labels: Diederick Santer