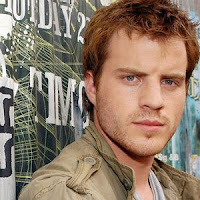 Former EastEnders star Rob Kazinsky is being lined up to replace Jonas Armstrong in Robin Hood, it has been claimed.
The actor, who played Walford womaniser Sean Slater from 2006 to early 2009, is expected to take over in the lead role when filming for the fourth series begins later this year.
Armstrong announced that he was stepping down as leader of the Merry Men in August 2008. His final series is currently airing on Saturday nights on BBC One.
An insider told the Daily Star Sunday: "Bosses think [Rob] will be a perfect like-for-like replacement. He is known for always having stubble and looks rough and ready, just like Jonas.
"So he'd be the ideal candidate for taking on the mantle and has a track record as a hard man. He is the ideal choice."
Keith Allen, who plays the Sheriff of Nottingham on the programme, also recently confirmed that he will not return for series four.
Source - Digital Spy
Email Post
Labels: Sean Slater