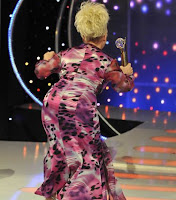 The EastEnder ran on stage to collect the gong then chided on-screen sons Steve McFadden (Phil) and Ross Kemp (Grant) for not letting slip about the honour celebrating her role as Peggy Mitchell.

Barbara, 71, then punched the air and gave viewers a wiggle. 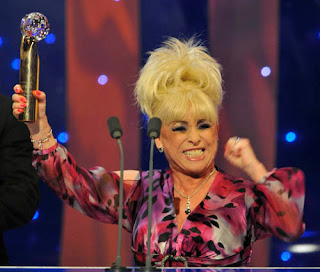