It's Jase's trial in a fortnight's time and during the first episode of the week, Billy bumps into a mysterious woman called Viv (Dido Miles) and accidentally pours tea down her. She's all sweetness and lies, though, as it soon transpires that she's not as innocent as she seems - she's actually revealed to be football hooligan gang leader Terry Bates's (Nicholas Ball) wife.

So why's she on Albert Square looking for Billy? Well she hopes to stop Billy from appearing in court and giving evidence against Terry. When she threatens Jay's life, Billy finds himself in an extremely difficult position. 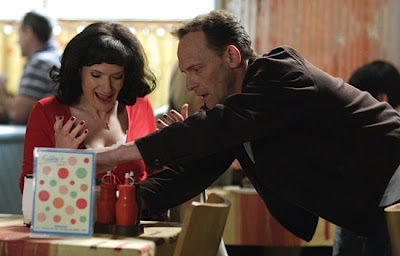 These scenes air on Monday 25 May 25 on BBC One