Dawn's struggling for cash but despite her intention to bring some honest money into the house by modelling jewellery, her boyfriend Garry isn't impressed. Realising Dawn's situation - and thankful for encouraging him to stay on the wagon for Ben's sake - Phil offers to loan her a stack of notes. However, when Garry gets wind of Phil's offer, he's livid.

Noticing that Phil's paying a lot of attention to Dawn (and furious that she has her old job), a drunken Shirley knocks a couple of glasses of champagne down Dawn's top. Phil suggests that she head upstairs to dry off while he ejects Shirley and has a word with Garry about the loan. As she's changing in Roxy's bedroom, Phil walks in on her while she's half-naked.

Dawn's embarassed until Phil reveals that Garry's agreed to accepting his loan so they can buy Minty and Naomi out of their shares in the flat. A grateful and scantily-clad Dawn hugs Phil, before throwing on some clothes and returning downstairs to the bar, where Garry delivers the news that neither Minty nor Naomi are willing to sell up.

Could Phil be the "spanner in the works" that puts Dawn and Garry's relationship to the test? 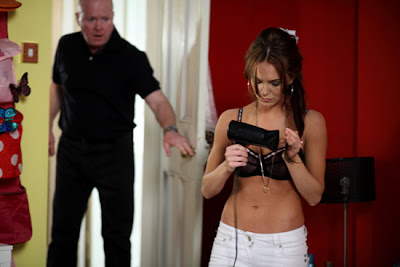 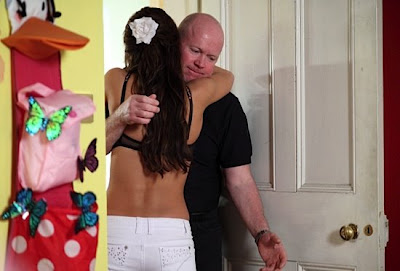 These scenes air on Friday 5 June on BBC One.