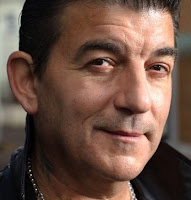 Scheming Nick Cotton gets his comeuppance when he tries to cause trouble for the Mitchell clan.

The Albert Square waster causes ­Billy and Phil to have a massive bust-up – but then they turn on him.

It all starts when badboy Nick blackmails Billy for £200 by threatening to tell Jay the truth about his dad’s death.

Our Walford source said: “Billy has felt guilty ever since Jase died because he knows that instead of saving himself he could have done more to help Jase.

“He’s terrified Jay will find out about it and is under pressure to come up with the pay-off.”

Heading back to the Vic, desperate ­Billy takes £100 from Phil’s ­wallet – but Phil walks in and catches him.

In the confrontation that follows, Phil hits Billy, blaming him for stealing all the cash that’s missing from the pub’s till.

Our source said: “Billy reveals Nick is blackmailing him and Phil decides to give him a chance.

“The two are cousins after all – and the Mitchells always stick together.

“They have a frank talk and Billy says he’s doing everything he can for Jay. He ­admits the guilt surrounding Jase’s death is getting too much for him.”

Later, after downing a bottle of whisky, Phil bumps into Nick.

Leading him up the alleyway, Phil bundles him into the barrel store of the Vic ­before really going for him.

But will a boozed-up Phil go further than even he meant this time?

Fans can see Nick being given a pummelling on Thursday May 21 at 7pm on BBC1.