How far will one woman desperate to become a mother for the second time go to fulfill her dream?

Take Ronnie Mitchell in EastEnders, for example. She'll go as far as sabotaging condoms in her bid to become pregnant.
With her boyfriend Jack wanting to wait for a while before they both become parents again, Ronnie's determined that nothing - not even the baby's potential father - will get in her way. So in a fortnight's time, things turn passionate between the pair after a day of constant interruptions.
As they're about to make sexy time, Jack puts a halt to proceedings as he has no protection. Ronnie, however, says that she does, before heading to the bathroom and piercing the condom several times with a pin.
What are the odds that Ronnie finds out that she's infertile in a few months' time? 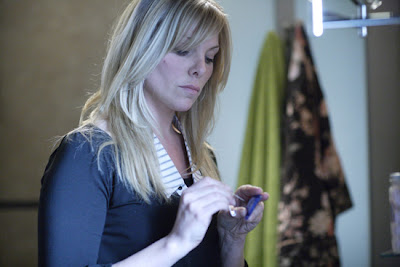 These scenes air on Monday 8 June on BBC One

Anonymous said…
If Jack ever finds out he will totaly lose trust in Ronnie, which is good coz then he can get wit Roxy, n they already have a kid soooooo =]
Tuesday, 09 June, 2009