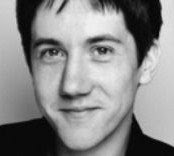 BBC soap EastEnders has cast its first ever adult disabled actor.
Wheelchair user David Proud will take on the role of Manda Best's son Adam, a 20-year-old self-obsessed, snobbish Oxford University student who arrives in Walford during the holidays to stay with his mother.
Upon his arrival on the Square, Adam quickly forms a low opinion of Manda's boyfriend Minty, while there's an intellectual meeting of minds as he's introduced to Libby Fox.
Both character and actor suffer from Spina Bifida, a developmental birth defect which results in an incomplete formation of the spinal cord.
Speaking of his casting, the 26-year-old said: "I'm delighted and honoured to be joining such a talented cast. I'm very excited and looking forward to bringing the character to life."
Executive producer Diederick Santer said: "I'm delighted to welcome David to EastEnders. He's a fine young actor with a wonderfully dry comic delivery playing an interesting and possibly rather irritating character. I'm sure he and his character Adam will be strong additions to EastEnders.

"In recent years, we've had a number of regular and guest characters with disabilities, some of them children like Janet Mitchell and more recently Syd's son, Noah. We've also told the story of Jean Slater who suffers from bipolar disorder."

He added: "But this is the first time we've had a regular adult character with a visible disability played by an actor with a disability. It's about time."

Proud begins filming within the next few weeks and will make his screen debut in the autumm.

His previous screen credits include a lead role in CBBC basketball drama Desperados and ITV's second series of Secret Diary Of A Call Girl.