Jolly Minty decides that he needs to trim up if he wants to woo his school sweetheart Manda by wearing a girdle, or as he calls it, a 'mirdle'.

And Manda, who walks in on Minty, reassures the loved-up chap that she likes him as he is.

The pair later go out for dinner but Minty is gutted when the night ends early because Manda, who used to date Phil Mitchell, has a busy morning ahead of her. 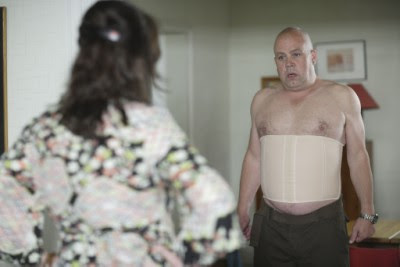