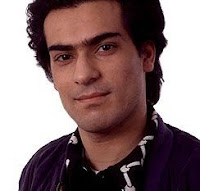 Former EastEnders star Deepak Verma has criticised the BBC One soap for failing to portray modern Asian families in a realistic manner.
The actor, who played Sanjay Kapoor between 1993 and 1998, has claimed that the programme is "going backwards" and branded the current Masood family as "two-dimensional and ill-conceived".
Speaking to the Evening Standard, he said: "My character and Shobu [Kapoor's] character were the first real characters on the show that were proper [Asian] people. We didn't have accents. I just acted like a Hackney boy, like a barrow boy. We did that 15 years ago. We need to move forwards. It's going backwards."
Verma added that BBC bosses should look to rival shows such as Coronation Street for inspiration about how to portray modern Asians, explaining: "Jimmi Harkishin (Dev Alahan) is brilliant. That's what it should be like.
"He's just a dodgy womanising sleazebag. He's Indian but that's got nothing to do with it. He's just a brilliant actor. That's where it should be going. I think Coronation Street has done better than EastEnders recently."

However, a BBC spokesperson has dismissed Verma's concerns, saying: "It's a shame Deepak feels that way but that's clearly his personal opinion. The Masood family have proved to be hugely popular with EastEnders viewers."
Source - Digital Spy
Email Post
Labels: Sanjay Kapoor