Tointon: 'I want to return to EastEnders' 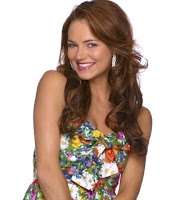 Kara Tointon has admitted that she would like to return to EastEnders.
The 25-year-old, who has played Dawn Swann on the series since 2005, recently insisted that she is happy to "move on" from Walford because her character has become "non-existent".

However, she told The Sun that she "dreams" of being able to go back to the BBC One soap one day.
She said: "I've learnt so much. But last year I didn't do very much, and you can only go as far as your storylines take you. My worst nightmare would be to be killed off, my dream is to go back one day."

It was reported earlier that Tointon cried real tears while filming her final episode of EastEnders, which will air in mid-August.