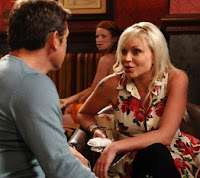 Bianca gets a case of the green-eyed monster when she takes a Butchers at her ex Ricky flirting during a speed dating event.

The bickering former flames agree to a challenge to find out which of them can score the most dates at the night in the Vic.
The redhead, whose name gets put on the speed dating list by manipulative Janine, soon gets angry when it appears that Ricky is winning the competition.
As he gets on swimmingly with Roxy Mitchell, Bianca does her best to flirt with dishy Dr Al but can't help looking over enviously.
At the end of the evening, bitchy Janine mocks Bianca for only getting one match.
The fiery caff worker blames Ricky for persuading her to take part and screams at him to drop dead.
But when she looks at her card, Bianca realises her ex was her only match.
See tempers fray in EastEnders on Tuesday 11 August on BBC One. 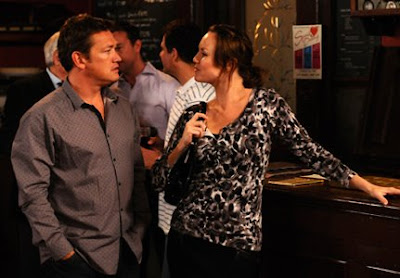 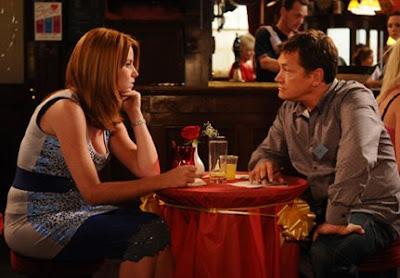 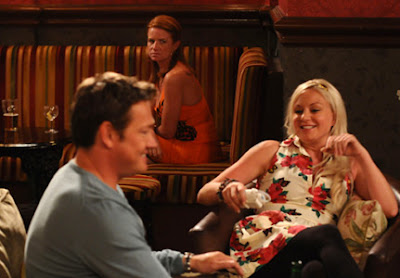 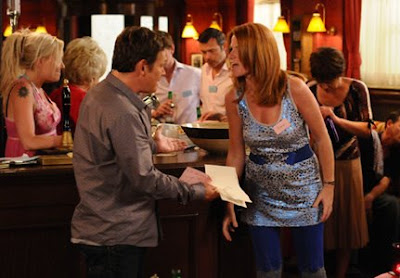