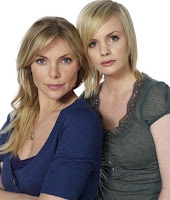 Fans of EastEnders now-dead Danielle Jones this week erected a shrine outside the show's home at Elstree Studios in Borehamwood, Hertfordshire.

A hoard of flowers, candles, cards and cuddly toys were placed at the entrance of the studios at around 3am on Tuesday 18 August exactly a year to the day since she first appeared in Albert Square.
A banner was pinned above the stash reading 'Gone But Not Forgotten - Bring Back Danielle'.
Earlier this year, Danielle played by Lauren Crace was tragically killed off just moments after her mother Ronnie Mitchell accepted that she was her mother.
Despite comeback petitions, the show's executive producer Diederick Santer said earlier this year of a potential return: "No, she's dead! We've seen her body, we've seen her coffin and now she's six feet under. There's no clone, there's no twin, there's no second daughter - and there's no Bobby Ewing in the shower!"
He added: "Only once before has this show bent the laws and that was with Den. I know I've been harsh about that in the past, but it was actually fun what they did." 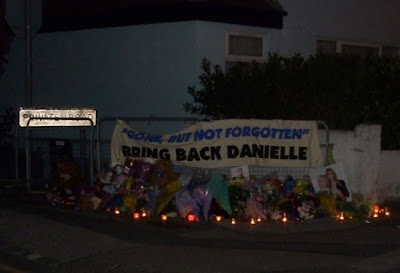 Anonymous said…
LOL thats funny! good,the ending to that storyline was the start of Ronnies downfall - i mean literally. They have ruined her character
Saturday, 22 August, 2009

Dee said…
That is really funny! I'm really fed up with what they are doing with Ronnie's character - they've totally ruined her character for me. They should never have killed off Danielle. A mother / daughter reunion would have been a hundreds times better to what EE are subjecting us to atm.
Sunday, 23 August, 2009

Anonymous said…
I don't think its too late to bring her back for example Archie could have faked her death or she's in witness protection...