Lytton: 'I learned so much from Walford' 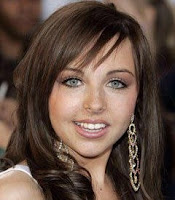 Former EastEnders star Louisa Lytton has revealed that she will always be grateful for the time she spent with the soap.
The 20-year-old actress played Ruby Allen on the BBC One show from 2005 to 2006 before going on to compete in Strictly Come Dancing and star on The Bill.
Reflecting on her Walford departure, Lytton told the Worthing Herald: "It was upsetting at the time. Leaving EastEnders was not my choice.
"But from there I have gone on to do Strictly and then The Bill. I got an awful lot from EastEnders. There is so much that you can learn."
Speaking of her experiences on the programme, she commented: "I went straight into it at the age of 16. I did two years. It was very surreal. You are at school one day and then within a week I was on the set filming.

"It was all new to me and I loved it. I was so lucky, just the fact that I was working. From the age of 11, all I ever wanted to do was to work, and so to be appearing on a massive TV series was just amazing."
Earlier this year, Lytton landed a role in Hollywood movie American Pie: Book Of Love. She has also recently secured a part in a British Shakespeare Company production of A Midsummer Night's Dream.
Source - Digital Spy
Email Post
Labels: Ruby Allen

Anonymous said…
One of the Extras in E20 looks a lot like Ruby was it the same actress?
Wednesday, 22 September, 2010