Ronnie Wraps Her Arms Around Joel

EastEnders hard-nosed blonde Ronnie Mitchell wraps her arms around her former teenage sweetheart Joel Reynolds the father of her tragic daughter Danielle.
She drops a bottle of champagne in shock when scheming Janine Butcher sets up a meeting at The Queen Vic this Thursday.
And when Ronnie visits Joel at work next week the couple embrace warmly.
A soap insider said: "Ronnie's always had a soft spot for Joel. She thinks everything could be perfect with him."
Joel, played by Cavan Clerkin from BBC sitcom Pulling, doesn't know Danielle died in a hit-and-run.
Ronnie found out she was the daughter she'd given up for adoption only moments before the tragedy earlier this year.
Ronnie's evil dad Archie told Ronnie she had died.
Now he is angry that Joel is back in her life. 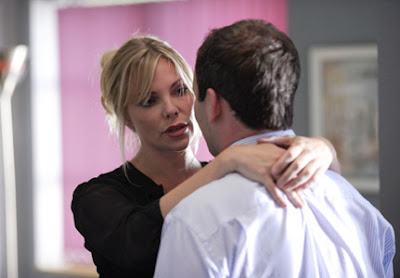 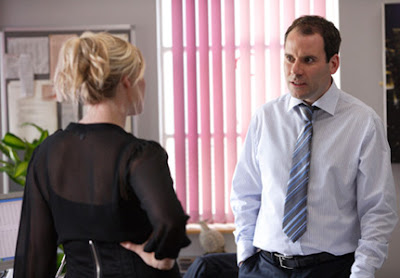