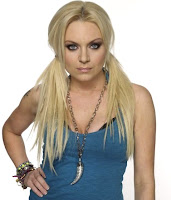 When Joel leaves his wife for Ronnie, spiteful Roxy reveals all about Danielle

The rift between the Mitchell sisters looks as wide as the Thames as Roxy brands Ronnie a marriage wrecker!
After Joel walks out on his wife and kids to move in with Ronnie, Roxy tries to split them up by telling Joel to ask what really happened to Danielle.
But the truth only brings the reunited couple closer together!
"Ronnie went through so much with Joel when they were teenagers," says Samantha Womack, who plays her.
"He is the only one who can really understand the pain of losing their daughter."
As the week begins, Ronnie gets a shock when Joel's wife, Stephanie, turns up at The Vic with their three children in tow.

She orders Ronnie to keep her hands off her husband, but Ronnie is not about to lose her first love all over again and later shows up on Joel's doorstep.

In front of Stephanie, Ronnie tells him that if he loves her, he will leave with her and he does!

Later, Roxy is disgusted to see Joel at the pub and accuses her sister of being a homewrecker.

Ronnie replies that she doesn't care that she's splitting up a family. What matters is that she and Joel are a couple.

Next, Roxy tries to stir things up even more by spitefully telling Joel that Ronnie is only with him because of their dead daughter and suggests he question her about it.

A horrified Ronnie explains everything about Danielle and rather than drive him away, it makes Joel bond with her even more.

But Ronnie responds by ordering her sister to move her stuff out of the big bedroom, so she and Joel can set up home together properly in there!

"Ronnie does still want her sister's approval," reveals Samantha. "But Joel means so much to her no matter how much Roxy puts him down, it is not going to stop Ronnie." 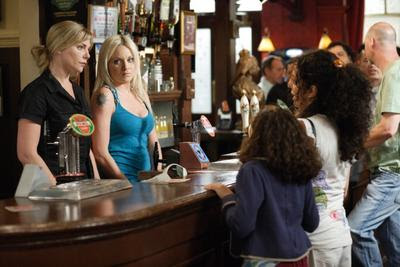 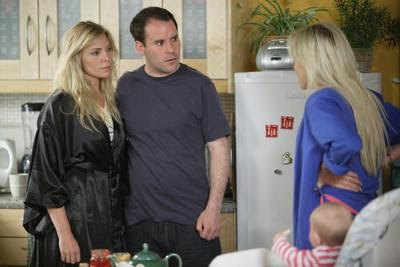