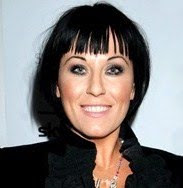 Former EastEnders star Jessie Wallace has admitted that she wasn't always satisfied with her performances on the soap.

The actress, who played Kat Slater from 2000 to 2005, claimed that her scenes had room for improvement due to a lack of rehearsal time at the show.
Wallace is currently preparing for a role in a new touring production of Stepping Out and revealed that the commitment required provides a contrast to her old life in Walford.
Speaking to the Croydon Guardian, she explained: "First and foremost I am not used to rehearsals as there were none in EastEnders. We used to film four episodes a week and you would just learn the lines, turn up on set and bang, bang you were done."I suppose I am a perfectionist and it was quite frustrating at times watching an episode back and realising you could have done better."
She added: "I just want to keep acting. I am just so busy at the moment and I am loving it.
"People still want to talk about EastEnders, but with my work and my young daughter I honestly don't get the time to watch it now."
Wallace, who has 4-year-old Tallulah from her past relationship with Dave Morgan, was tipped to make an Albert Square comeback earlier this year.
Source - Digital Spy
Email Post
Labels: Kat Slater