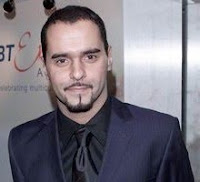 The star who played Bepe Di Marco in the BBC soap between 1998 and 2002 has taken up poker full time to make ends meet since leaving the soap, saying he feels it is a more dignified route than reality TV.

He said: "After being in 'EastEnders' it was either do this or take part in one of those awful celebrity reality television series. I would never do that.

"The worst thing they asked me to do for a programme was to train greyhounds for a race."

Michael plays under the name 'The Godfather' and has proved successful in his poker career, even taking home $248,555 for third place in the World Series of Poker cashes. He also finished in 174th Place in the main event, out of 6,500 players.