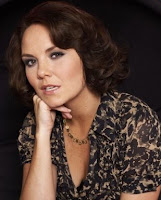 EastEnders star Charlie Brooks has revealed that she is keen to secure a light-hearted role in the future.
The actress admitted that she wants to have fun on screen in order to break her habit of accepting intense parts.
As well as playing bitchy Janine Butcher on the BBC One soap, Brooks took on the role of serial killer Beverley Allitt in the docudrama Angel Of Death four years ago.
Speaking to Take 5 magazine, she commented: "I do prefer getting my teeth into roles. But I would quite like to do something lighter, like a comedy, maybe on stage. Something where I can smile and laugh, rather than growling all the time."
Brooks added that her Walford commitments will keep her "very busy" over the next six months as the show's writers continue to explore the reasons for Janine's behaviour.
She said: "They're getting under her skin a little bit more. Breaking down the barriers and seeing what makes her tick."
The 28-year-old recently signed a new three-year contract with the programme.
Source - Digital Spy
Email Post
Labels: Janine