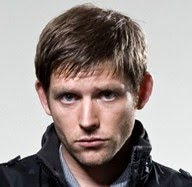 Chris Coghill has admitted that he was shocked by fanmail he received from teenage girls when he played his controversial EastEnders role last year.
The actor joined the cast of the BBC One soap in July 2008 as paedophile Tony King, who became involved in a child abuse storyline with Bianca Jackson's 15-year-old stepdaughter Whitney Dean.
Coghill's plot went on to spark more than 200 viewer complaints to the BBC and Ofcom, though the broadcasting regulator eventually ruled that the issue was handled "appropriately and sensitively".
Discussing his experience with fans, the star told PA: "It's so weird. I got so much fanmail, really inappropriate fanmail from teenage girls.
"When I first started - you get these little character cards that you autograph. I remember saying, 'Well I won't need one of them, will I?' It turns out that I did."
Coghill added that he hasn't yet encountered any members of the public who confuse him with his character.
"Touch wood, I haven't met anybody who hasn't been able to tell the difference yet," he confirmed. "I think you have to give people a little more credit than they generally get for that.

"I've had the odd old lady who says, 'Ooh, you're so evil', but generally I've just had people say, 'I think you're really good in EastEnders', which is great. I've had people come up and say the storyline has meant something to them personally which is weird but it obviously means it's working."
Earlier this week, it was confirmed that Coghill's character will return to screens in November when he stands trial for rape.
Source - Digital spy
Email Post
Labels: Tony