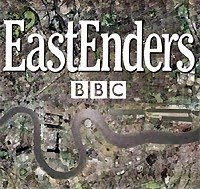 EastEnders stars have reportedly been told by BBC executives to choose between taking a 15% pay cut or having less time on screen.
According to The Mirror, Barbara Windsor and Steve McFadden, who star as Peggy and Phil Mitchell, will see their £360,000 salaries reduced by around £54,000. Meanwhile, Pam St Clement (Pat Evans) will have £49,500 knocked off her £330,000 yearly income and Adam Woodyatt, who plays Ian Beale, will earn £263,500 annually rather than £310,000.
An insider on the soap said: "Everybody realises there is a recession on and everybody has to do their bit. But some of the stars feel like they are being bullied into taking a pay cut. The licence fee has stayed the same and the same money is coming in.
"Yet the people who bring in the viewers are being told they have to take a cut. It is not fair and a lot of people are unhappy. Everyone who comes in can't work on other shows so they can't cut their hours and pick up work elsewhere."
However, a BBC source said: "Most of the cast understand the reason behind the cuts and just appreciate having work in these difficult times when so many people are struggling financially."

Earlier this week, Jonathan Creek actor Alan Davies revealed that he was accepting a pay cut. Other celebrities are also seeing their salaries fall.