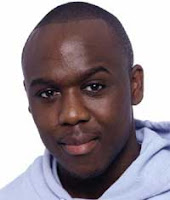 Former EastEnders star Mohammed George has recorded a single in aid of the Ben Kinsella Trust.
The actor, who played road sweeper Gus Smith on the BBC One soap, will release his song 'Broken' as a digital download on October 19.
Ben Kinsella was stabbed to death at the age of 16 in North London last year. He was the younger brother of ex-EastEnders actress Brooke Kinsella, known for her role as Kelly Taylor on the programme.
The Trust was later set up in the teenager's memory to promote and fund anti-violence campaigns.
George told PA: "This cause means a lot to everyone and this will hopefully help in raising awareness of knife crime on the streets."
'Broken' also features vocals from Dax O'Callaghan, a member of boyband Lexington Bridge.
George left the Walford-based soap "by mutual consent" in 2008 after almost six years as Gus.
Source - Digital Spy
Email Post
Labels: Gus