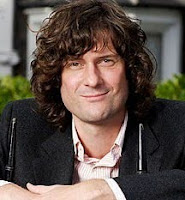 EastEnders is to broadcast a live episode to mark the soap's 25th anniversary.
On Friday, February 19, the cast and crew of the Walford serial will celebrate its milestone year by screening its final instalment of anniversary week live from Elstree Studios in Borehamwood, Hertfordshire at the usual time of 8pm.
It will be the first time the BBC soap has attempted a live transmission.
Exact details of the episode have yet to be finalised, but the show's executive producer Diederick Santer has promised that it will include the climax to "a big storyline" that will keep viewers guessing "until the very last moment".
Speaking of the occasion, Santer said: "It's too early to discuss the exact storyline at this point, but viewers are assured that this live episode will bring them all the high drama and excitement they expect from EastEnders and then some.
"The episode will feature, amongst other things, the resolution to a big storyline which will keep the audience as well as the cast and crew guessing until the very last moment. Every time I think about this episode, I get excited as well as a little nervous but nonetheless, we are all thrilled to be celebrating our 25 years on screen with a live episode."
He added: "It's a big test for every member of the production here and hopefully a big treat for the audience."
Coronation Street marked its 40th anniversary with a live episode on December 9, 2000.
Source - Digital Spy
Email Post
Labels: Diederick Santer