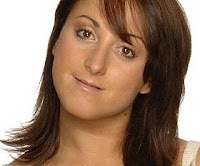 Natalie Cassidy thinks Wendy Richard was picked out by God to die.
The former 'EastEnders' actress regarded her co-star who played battleaxe Pauline Fowler in the BBC soap as a mother and was devastated when she lost her battle with cancer earlier this year.
Natalie, whose own mum died when she was younger, said: "I knew she had chemo, but I never expected her to lose her battle. I thought she'd get through it, so it was a great shock to me when she died. The way I see it, she was ready to go and I believe someone up there takes the best ones first. That's how I deal with it.

"Like my mum - she fought cancer, got over the cancer, then three weeks later died of a heart attack, so in my head, that is someone who isn't meant to be here. I'm quite a spiritual person and I do believe that they take the best people first."

Although she misses her mum and Wendy, Natalie who will star in this year's 'Strictly Come Dancing' would never try to contact them through a psychic.

She added to OK! magazine: "It's not for me. I get scared of stuff like that. I don't think you should contact people. I'd rather think that what I believe is right."