Proud: 'Disability won't be a storyline' 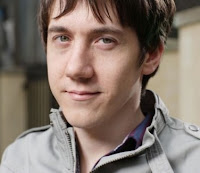 EastEnders star David Proud has insisted that his disabled character must not become a "stereotype" on the soap.
The actor, who was born with spina bifida and cannot walk unaided, made his debut as wheelchair user Adam Best last night. His role was first announced in June.
Though Proud is the BBC One show's first ever adult disabled actor, he has confirmed that its writers will not be dwelling on the issue in Adam's forthcoming plots.
Speaking to The Sun, the 26-year-old commented: "The BBC scriptwriters used my independent nature to shape their characterisation of Adam. They have purposely avoided making his disability a storyline."
He continued: "Adam thinks his mother's boyfriend Minty isn't good enough for her and neither is the Queen Vic up to standard. Not all disabled people are nice, so all characters shouldn't be either. It's a stereotype. People are people. He is a multi-layered, rounded character and his story will unfold."
Proud also revealed that changes were made to the Albert Square set before he filmed his first scenes.
"They have tweaked it to give me as much access as I need but it was all done by the time I arrived," he explained. "We haven't tackled the height of the Queen Vic bar yet but it's representative. I mean, the world isn't accessible and it's important that the set highlights this for my character."
Proud's real-life condition, a birth defect which results in an incomplete formation of the spinal cord, is also used to explain Adam's wheelchair use on the programme.
Source - Digital Spy
Email Post
Labels: Adam