Robbie Gee to guest in 'EastEnders' 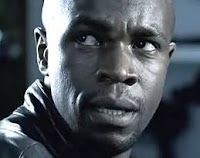 Desmond's actor Robbie Gee is to make a guest appearance in EastEnders, Digital Spy can exclusively confirm.
The 45-year-old who played the part of Lee Graham on the Channel 4 sitcom takes on the role of Dexter, the boyfriend of Denise Fox's sister Kim.
Comedienne Tameka Empson, meanwhile, will portray Chelsea and Libby's Auntie Kim, who has been referenced many times in scripts since Denise's arrival.
The pair will turn up in Walford in time for Denise's wedding to her old flame Lucas Johnson.
A Walford source told DS: "It's an EastEnders wedding not to be missed and the arrival of Kim and Dexter adds an extra layer to the Fox family. How will they react to Lucas?"
Gee's other TV credits include The Bill, Murphy's Law and The Fixer, while he has also appeared in Guy Ritchie's Snatch and a couple of films in the Pirates of the Caribbean franchise.
Empson has starred in BBC Three's hidden camera show 3 Non Blondes and ITV's murder mystery Whitechapel.
Denise and Lucas's Walford wedding is due to air in November.
Source - Digital Spy
Email Post
Labels: Denise Dexter Kim