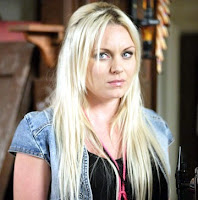 When Roxy finds a pregnancy test in Ronnie's bag, she suspects her sister has been trying for a baby behind Joel's back.

So she gives Ronnie an ultimatum tell Joel the truth, or I will!

"Roxy's really shocked when she finds the test, as it's the last thing she expected," says Rita Simons, who plays her.

Roxy knows how desperate Ronnie is for a baby, and since she tried to trap her ex-lover Jack into fathering her child, Roxy fears she is pulling the same trick with Joel.

Meanwhile, Joel and Ronnie's relationship is strained when she meets his three daughters, Hannah, Molly and Annabelle.

Ronnie tries to get into Hannah's good books with a birthday party at The Vic, but it doesn't work.

Instead, she ends up crying and telling Hannah about her dead daughter, Danielle!

"They were negative, but Roxy says Ronnie should speak to Joel about it," explains Rita.

"Roxy doesn't think it's right that Joel doesn't know. She's also looking out for her sister, as she doesn't want Ronnie to end up getting hurt."

Roxy tries to find someone else to share her worries with, but Peggy is too busy with London Mayor Boris Johnson, while Christian tells Roxy to keep her nose out of Ronnie's business.

"Let's be honest," laughs Rita. "When does Roxy ever do as she's told?" 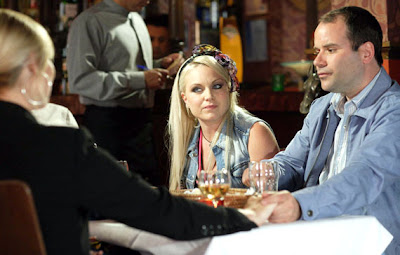 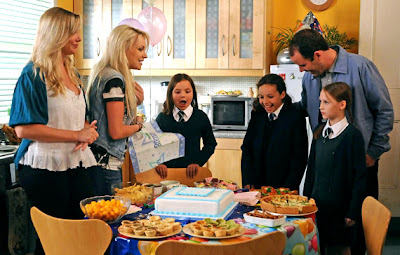