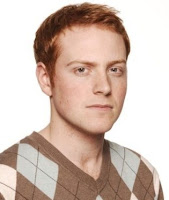 EastEnders favourite Charlie Clements has quit the BBC soap after nearly four years, it has been revealed.

The 22-year-old, who has played Bradley Branning since January 2006, is to leave in a "sensational storyline" that will play out as part of the Walford serial's 25th anniversary celebrations in February.

Clements said of his decision to exit: "I have been at EastEnders for nearly four years and I have enjoyed every minute with some fantastic storylines. But I feel that now is the time to take on some new roles."

EastEnders' executive producer Diederick Santer added: "Viewers will miss Charlie hugely and I can promise a big exit. I know he'll go on to great things."

Details of his exit storyline are being kept under wraps, but rumours suggest that his character will rekindle his romance with ex-wife Stacey Slater.

A source at the soap told The Mirror: "Bradley's emigration only lasts for six weeks before he gets called back to Albert Square early next month because of a family crisis.

"It isn't long before he realises he still has feelings for Stacey and doesn't know what to do."

Bradley first appeared in Albert Square on January 24, 2006 when he moved in with his grandfather Jim and his wife Dot. His arrival served as the catalyst for his father Max and step-mum Tanya's entrance into the show.

In October, it was announced that Walford matriarch Barbara Windsor is to step down from her role as Queen Vic landlady Peggy Mitchell after 15 years.

At the beginning of the month, it was confirmed that former Hollyoaks producer Bryan Kirkwood will replace the outgoing Santer following the soap's live silver anniversary episode.