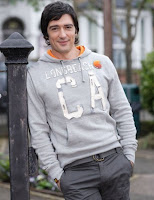 EastEnders' actor Adam Croasdell is to take a break from filming with the BBC show to visit his sponsor child in Malawi with World Vision.

The 29-year-old who plays Dr Al Jenkins in the Walford soap was recently named a celebrity ambassador for the Christian relief and development organisation and is due to visit the East African republic to meet Jacob, who he sponsored seven years ago.

Croasdell said of the trip: "I always wanted to support and promote the outstanding and inspiring work of World Vision, even in my own personal more difficult times."

He added: "[I] have been honoured to be able to get the opportunity to meet Jacob and see for myself firsthand one place where all the money and efforts made by the charity to change children's lives actually takes place."

Croasdell recently revealed that he has taken the role of James Bond for Activision's latest game in the franchise, which is due to be announced in the New Year.