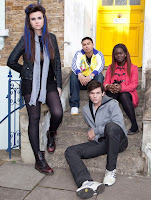 An exciting array of fresh acting talent is set to square up against the residents of Walford for EastEnders: E20 - the show's new online spin-off.

The four teens will crash into the Square shortly after Christmas. With nowhere to live, they'll soon find themselves bonding as they squat at 89b George Street. As the secrets that drove them from their real homes are slowly revealed, Zsa Zsa, Fatboy, Leon and Mercy will unite and become a force to be reckoned with.

Let's find out a little more about the characters - and the actors who play them. 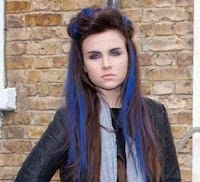 Zza Zza - Beautiful, funky and outspoken tomboy Zsa Zsa Carter has a lot in common with her Auntie Shirley (Linda Henry). She's very bright, but likes to think she doesn't need help from anyone.

Played by... Emer Kenny
Multi-talented Emer Kenny - also one of the thirteen young writers of EastEnders: E20 - plays Zsa Zsa. "I'm really thrilled to have been given the opportunity to both write for and act in a show connected with such an iconic drama as EastEnders, " she said. "Kids these days use their laptops more than their televisions, so it's really exciting to be a part of a project that's taking drama online and connecting with these viewers." 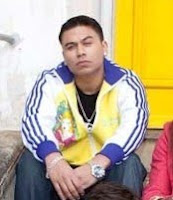 Fatboy - Arthur Chubb has invented all manner of personas since he was seven years old - in an attempt to avoid being his real self. His current and most sustained self-creation is brash wheeler-dealer Fatboy.

Played by... Ricky Norwood
"I am so excited to be on the show, it's an honour to now be part of a show that has been on in my house for as long as I have been alive," confessed Fatboy's alter ego, Ricky Norwood. "I am born and bred in the East End - a stone's throw from the real Albert Square - it feels like a homecoming. I love being part of a cast that feels like family and can't wait to have a scene in the Vic." 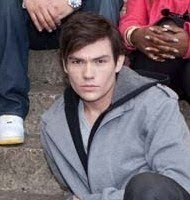 Leon - Sexy and effortlessly cool - Leon Small nevertheless has a short fuse and a lack of respect for those in authority. Leon's mum died when he was young, leaving him responsible for his alcoholic father. Leon is a dedicated boxer and takes pride in the fact that in the ring 'no one touches the face'.

Played by... Sam Attwater
"It is a great privilege to be working with such great actors and on such an established show," Sam told us. "It's an amazing opportunity and I'm really enjoying tackling a character like Leon who has so much going on!" 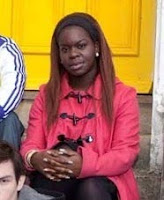 Mercy - Mercy Olubunmi lives with her strict grandmother - from whom she is harbouring a huge secret. Mercy has always been a good girl, but when her parents head back to Nigeria she feels abandoned.

Played by... Bunmi Mojekwu
"I feel so blessed to be a part of Eastenders: E20 ," revealed actress Bunmi Mojekwu. "My first day on set was just crazy. I was on Albert Square - a dream come true - I'm enjoying every second!"

Deborah Sathe, Producer of EastEnders revealed her excitement at the casting. "Developing an online spin-off using Albert Square as a playground has been fantastic," she said. "It is so exciting to see these four young Londoners collide with the residents of Walford. The E20 site really celebrates these characters to the max and there will be lots of added extras!"

Diederick Santer, Executive Producer of EastEnders: E20, added: "Not content with having E20 written by new writers, and our theme tune remixed by the audience, we've now found four talented newcomers from London to front the show. Emer, Bunmi, Ricky and Sam are brilliant young performers - noisy and fun."

You'll be able to get a sneak peek at Fatboy, Leon and Zsa Zsa when they gatecrash the main EastEnders show just before their online debut in early January.