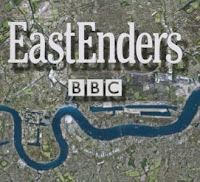 EastEnders' two Christmas Day scripts have been stolen from the writer's home, according to a report.

The confidential documents were contained on the as-yet-unnamed author's laptop, which was taken from their home last week along with various other valuables.

BBC bosses are now concerned that the finer details of the show's two most important episodes of the year - in which one of its biggest characters is murdered - will leak and ruin the surprise for fans.

Executive producer Diederick Santer told The Sun: "We're keen to get this laptop back as it contains all the twists and turns of our exciting EastEnders Christmas."

The episodes - which feature a shock Mitchell storyline twist - were filmed a number of weeks ago at the soap's home at Elstree Studios in Borehamwood, Herts. The casts' shooting scripts were subsequently destroyed.

In August 2004, producers were concerned when months of scripts - including that year's Christmas Day episodes - were also stolen from an executive's home.